What are the properties of PVC plastic and how to improve heat resistance? Polyvinyl chloride resin is a thermoplastic with an amorphous structure. Under ultraviolet light, hard PVC produces light blue or purple-white fluorescence, while soft PVC produces blue or blue-white fluorescence. The refractive index is 1.544 and the specific gravity is 1.40 when the temperature is 20℃. The density of products with plasticizers and fillers is usually in the range of 1.15 to 2.00. The density of soft PVC foam is 0.08-0.48, and the density of rigid foam is 0.03. -0.08. PVC water absorption rate is not more than 0.5%.

Polyvinyl chloride resin is a relatively unstable polymer, which will also degrade under the action of light and heat. The process is to release hydrogen chloride, causing structural changes, but the degree is relatively light. At the same time, the decomposition will be accelerated in the presence of mechanical force, oxygen, odor, HCl and some active metal ions.

The electrical properties of PVC depend on the amount of residue in the polymer, the type and amount of various additives in the formulation. The electrical properties of PVC are also related to the heating conditions: when the PVC is decomposed by heating, its electrical insulation will be reduced due to the presence of chloride ions. If a large amount of chloride ions are generated, they cannot be neutralized by alkaline stabilizers (such as lead salts). It will lead to a significant decrease in its electrical insulation performance. Unlike non-polar polymers such as polyethylene and polypropylene, PVC's electrical properties change with frequency and temperature, for example, the dielectric constant decreases with increasing frequency.

Polyvinyl chloride has very good chemical stability and is extremely valuable as an anti-corrosion material. PVC is stable to most inorganic acids and alkalis, and will not dissolve when heated, but will be separated into hydrogen chloride. Azeotrope with potassium hydroxide to prepare brown and insoluble unsaturated products. The solubility of PVC is related to molecular weight and polymerization method. Generally speaking, the solubility decreases as the molecular weight of the polymer increases, and the solubility of the emulsion resin is worse than that of the suspension resin. It can be dissolved in ketones (such as methylhexanone, cyclohexanone), aromatic solvents (such as toluene, xylene), dimethylformyl, and tetrahydrofuran. Polyvinyl chloride resin is almost insoluble in plasticizers at room temperature, and swells significantly at high temperatures, and even dissolves.

PVC is an amorphous polymer with no obvious melting point and has plasticity when heated to 120~150℃. Because of its poor thermal stability, a small amount of HCl is released at this temperature, which promotes its further decomposition, so alkaline stabilizers and HCl must be added to inhibit its catalytic cracking reaction. Pure PVC is a hard product, and an appropriate amount of plasticizer needs to be added to make it soft. For different products, additives such as ultraviolet absorbers, fillers, lubricants, pigments, anti-fungal agents, etc. are needed to improve the quality of PVC products. Use performance.

2. Methods to improve the heat resistance of PVC plastics

It is made by chlorination of PVC resin, and its chlorine content is 62%~68%. Chlorinated polyvinyl chloride can be used continuously at 100°C (20~35°C higher than PVC), and the maximum use temperature can reach 100-105°C, and its chemical stability, flame retardancy and cold resistance are better than PVC. However, chlorination equipment has strict anti-corrosion requirements, resins are not easy to process, and poor impact toughness restricts its application and development.

4. Blending of PVC with other polymers

PVC is mixed with other polymers in a certain proportion, and the performance of the blend (fully compatible) is improved compared with PVC. Because of the compatibility of the two polymers after mixing, they can reach the molecular level and form a single-phase structure, so that the properties of the blend can be supplemented and strengthened, such as PVC/PS, PVC/PE, PVC/CPVC, etc.

20%~30% glass fiber is added to PVC, and its heat resistance can be increased to above 100℃. It can make PVC resin and glass fiber bond well without adding (or less) plasticizer. In particular, long-fiber reinforced PVC has a more obvious increase in heat distortion temperature.

The processing performance of the material will deteriorate, and impact modifiers need to be added to offset it. When α-methylstyrene is used to increase the Vicat (every 1% addition of the Vicat is about 2-3°C), the processing temperature will be increased, and the physical and mechanical properties will also be reduced, but the amplitude is smaller than that of CPVC. An impact modifier should also be added to offset it.

The above is an introduction to "What are the properties of PVC plastics and how to improve heat resistance", I hope to help you.

Share：
Previous What is the use of ps plastic and what is its molding performance?
Next What are the properties of PVC plastics and what are the chemical modification methods?
Back to list 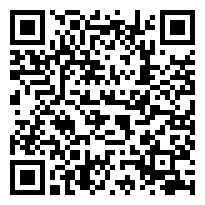