Researchers at the University of Alberta (U of A) have developed a method of 3D bioprinting customized nasal cartilage for cancer patients living with postoperative facial disfiguration.

Using a CELLINK 3D bioprinter, the scientists have been able to precisely deposit a mixture of patient cells and a collagen hydrogel into a nasal shape, before culturing the material into functional cartilage. Given that normal nose grafts often come with the risk of lung infection or even collapse, the team’s implants could represent a safer and faster means of treating the facial tumors of future cancer sufferers.

“It takes a lifetime to make cartilage in an individual, while this method takes about four weeks,” said Adetola Adesida, a Professor of Surgery at the U of A’s Faculty of Medicine & Dentistry. “So you still expect that there will be some degree of maturity that it has to go through, especially when implanted in the body. But functionally it’s able to do the things that cartilage does.”

Every year in North America, over three million people are diagnosed with non-melanoma skin cancer, and on average, 40% of those will develop nose lesions that need amputation. While the procedure is essential as it can be lifesaving, it requires the permanent removal of nasal cartilage, often leaving affected patients with scarring and facial disfiguration.

Additionally, given that nasal cells are poorly vascularized, they aren’t able to regenerate like those elsewhere in the body, thus grafts are usually taken from a patient’s ribs, which can cause complications. “When surgeons restructure the nose, it’s straight, but when it adapts to its new environment, it goes through a period of remodelling where it warps,” explains Adesida. “Visually, that’s a problem.”

The rib compartment is also a highly-sensitive area of the human anatomy, and surgery could put those patients with a collapsed lung at risk of infection, or even death. In order to make transplantation less perilous, the U of A scientists therefore propose that patient-specific cellular grafts can be precisely engineered, to create realistic yet robust nasal tissues.

Previously, the team had managed to seed human nasoseptal chondrocytes (hNCs) onto collagen scaffolds, but the resulting cells were limited in their shape and distribution. In the researchers’ new study, however, they’ve now found that bioprinting provides the accuracy needed to achieve homogeneous tissues, albeit only when used with a bio-ink that’s customized to deliver viable cellular structures. Given that type I collagen is naturally biocompatible and has received widespread clinical approval, it’s often used in the creation of cartilage tissues, but its low viscosity does limit its printability. To work around this, the scientists adopted a Freeform Reversible Embedding of Suspended Hydrogel or ‘FRESH’ approach, involving the pre-mixing of cells with collagen, before incubating the formula within a gelatin support.

Over time, the support slowly melts away, leaving a combined structure that can later be supplemented with soluble chondrogenic factors, to boost its growth. The team’s in-vitro engineering approach proved to be advantageous, as it enabled them to closely monitor key elements of the cartilage’s development, making it ‘surgery-ready’ once finished.

Using their FRESH model, the scientists were ultimately able to fabricate porous nose-shaped structures, which grew into tissues that were statistically indifferent from their native counterparts in just 6 weeks. SEM imaging also revealed that the structures had a cell viability of 95%, with the researchers observing that they bore a “close structural resemblance” to conventional human cartilage.

However, despite the initial promise shown by their implants, the team has conceded that post-transplant integration remains difficult to predict, and requires further study. As a result, the scientists are now assessing whether their lab-grown cartilage retains its properties after animal implantation, with the aim of entering human trials 2-3 years from now.

In the last twelve months alone, scientists have deployed 3D bioprinting to produce a wide variety of cellular scaffolds, with each being customized to attack different elements of tumorous growth. At Washington State University (WSU), researchers have developed a 3D printed soy-infused bone scaffold, that’s capable of fighting off cancerous cells.

The WSU team’s approach caused reduced inflammation within samples, giving it potential as a more gentle treatment for helping young osteosarcoma cancer sufferers. Similarly, a Spanish-led research team recently formulated a T-cell generating hydrogel, which can be 3D printed into tissues that mimic the behaviors of cancer-fighting lymph nodes.

Scientists at Nagoya City University, meanwhile, have managed to 3D bioprint a drug delivery system using a fish gelatin-based polymer hydrogel. The implantable patches can be loaded with the cancer-treating PEGylated Liposomal Doxorubicin, potentially making it ideal for nanomedicine delivery in other areas as well. 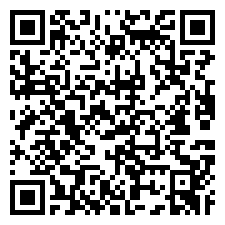