The artistic furniture piece is called the Delicate Density Table, and it features a fluid, almost extra-terrestrial form. Weighing in at 86kg and measuring 1525 x 455 x 380mm, the table is cast entirely out of white concrete, striking a ‘delicate balance’ between aesthetic form and highly-functional material density. The company embarked on the project in a bid to see just how abstract and detailed concrete can get while still being structurally rigid.

Slicelab writes, “The intent of this project was to research a new fabrication and mold making method for complex concrete forms by using 3D printing. With concrete’s ability to take on any shape, it shares a strong similarity to how rapid prototyping is able to produce nearly any geometry. The potential of combining these two mediums was seen as a great opportunity.”

Finding the beauty in concrete

As a material, concrete has a very high compressive strength, making it the go-to choice when it comes to buildings and load-bearing architectural structures. However, it’s also a very brittle material when used to create finer geometries that experience an abundance of tension.

“This exploration was geared toward the understanding of what that minimal threshold of delicate form it can take on was, all while keeping the material’s full capacity of strength,” writes the company.

This balance was struck using a combination of digital simulation and structural optimization technology, which resulted in a predetermined geometry boasting both delicacy and high-strength. Key to the success of the project was the geometric freedom granted by 3D printing, which really enabled the team to proceed without any hindrance in the way of structural feasibility or production costs.

Owing to the table’s large frame, the model for the 3D printed mold had to be broken down into 23 individual components. Each of these components was optimized and oriented to minimize the use of support structures during the build – a move which would go on to streamline the assembly process. Once printed, all 23 parts were consolidated together to form one singular PLA mold, which itself had a hearty weight of 30kg.

Slicelab added, “This is unparalleled in the traditional mold making techniques regularly seen throughout the field of concrete casting.”

The mold was designed to be filled upside down, with the ten legs acting as access points to the main cavity. Beyond just ease-of-use, this deliberate design choice was made to create a gradient in the texture of the concrete table. Specifically, the strategy ensured that the air bubbles in the concrete were limited to the underside of the table, leaving the top surface free of blemishes for two very contrasting looks.

Once the Delicate Density Table was released from its mold, the team found that the surface finish mimicked the layer lines of the FFF-printed casing. Diamond pad wet sanding was eventually used to achieve a mirror-like sheen.

Beyond just its use cases in engineering and industry, 3D printing also has several applications in the artistic domain. London-based cultural heritage project Scan the World has teamed up with Google Arts & Culture to expand its collection of open-source, 3D printable art. The partnership will leverage Scan the World’s expertise in open data and 3D printing technologies and Google Arts & Culture’s storytelling platform to put 3D printable artefacts in the hands of enthusiasts, educators, and artists.

Share：
Previous: ESSENTIUM AND NIAR PARTNER TO ADVANCE 3D PRINTED AIRCRAFT PART SAFETY AND PERFORMANCE
Next: U OF A SCIENTISTS 3D BIOPRINT CUSTOM NOSE CARTILAGE FOR DISFIGURED CANCER PATIENTS
Back 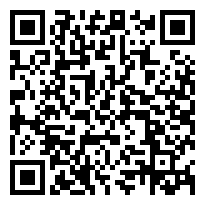