Researchers from Pennsylvania State University have developed a 3D bioprinting process capable of printing hard and soft tissue at the same time to repair skin and bone injuries.

Using two specifically-engineered bioinks and bioprinting processes, the team was able to repair a hole in the skull and skin of a rat model within minutes in a single procedure. The researchers are aiming to eventually translate their research to human applications in order to achieve faster and more efficient ways of healing skin and bones.

“This work is clinically significant,” said Ibrahim T. Ozbolat, Hartz Family Career Development Associate Professor of Engineering Science and Mechanics, Biomedical Engineering and Neurosurgery, at Penn State. “Dealing with composite defects, fixing hard and soft tissues at once, is difficult. And for the craniofacial area, the results have to be aesthetically pleasing.

“THERE IS NO SURGICAL METHOD FOR REPAIRING SOFT AND HARD TISSUE AT ONCE. THIS IS WHY WE AIMED TO DEMONSTRATE A TECHNOLOGY WHERE WE CAN RECONSTRUCT THE WHOLE DEFECT – BONE TO EPIDERMIS – AT ONCE.”

Fixing traumatic injuries to the skin and bones of the face and skull is challenging due to the multiple layers of different types of tissues involved. Current methods involve using bone from another part of the patient’s body, which must be covered in soft tissue with blood flow also harvested from somewhere else, and then repairing the soft tissue and skin separately.

3D printed biostructures for use within regenerative medicine and tissue engineering have received increasing attention in recent years. New bioinks are being continually developed for these applications, and 3D printing is being combined with techniques like biomaterial engineering and stem cell biology to create an even wider range of customizable bone grafting materials.

For instance, in the past year alone researchers have investigated how 3D printed lego-style ‘bone bricks’ could heal broken skeletal tissue, the ways in which 3D bioprinted nanocomposite scaffolds could facilitate bone formation, and how 3D printed ceramic structures containing living cells could have potential uses for bone tissue engineering applications.

However, according to the Penn State researchers a method to simultaneously 3D print both soft and hard tissue has not yet been achieved, which is what prompted their experiments.

To address the challenges outlined above, Ozbolat and his team used a combination of extrusion and droplet bioprinting techniques to deposit mixtures of cells and carrier materials to produce bone and soft tissue, used to fix the skull injury on the rat model.

The researchers began by focusing on the element of bone repair. They developed a ‘hard tissue ink’ composed of collagen, chitosan, nano-hydroxyapatite, and mesenchymal stem cells, which are multipotent cells found in bone marrow that create bone, cartilage, and bone marrow fat.

The boink is extruded at room temperature, and heats up to body temperature once applied in order to stimulate cross-linkage of the collagen and other parts of the ink. This eliminates the need for chemical changes of the addition of a crosslinker.

To create soft tissue, the researchers used a droplet 3D printing technique to deposit collagen and fibrinogen in alternating layers with crosslinking and growth enhancing compounds. The printed soft tissue layers differed in composition to reflect the variations in the skin’s layers.

The team carried out experiments to repair holes 6mm in diameter using each technique independently. Once these proved successful, they embarked upon repairing both the hard and soft tissue during the same surgical procedure.

“This approach was an extremely challenging process and we actually spent a lot of time finding the right material for bone, skin, and the right bioprinting techniques,” said Ozbolat. To begin with, the team carried out an imaging process to precisely determine the geometry of the defect. The bone layer was then 3D printed, upon which a barrier layer mimicking the periosteum – a vascularized tissue layer that surrounds the skull bone – was deposited in order to prevent cells from the skin layers migrating to the bone area and growing there.

Next, the researchers 3D printed the layers of soft tissue mimicking the dermis and epidermis of the skin. According to Ozbolat, it took less than five minutes to 3D print the bone layer and soft tissue together.

Throughout their experiments, the researchers performed more than 50 defect closures and achieved 100 percent closure of the soft tissue within four weeks. The closure rate for the bone tissue was 80 percent within six weeks. It is worth noting that even with the more traditional harvested bone replacement method, bone closure rarely reaches 100 percent in six weeks, according to Ozbolat.

The next step for the project is to include vascularizing compounds that increase blood flow to the bone. Eventually, the team want to translate their research to human applications and are currently working with neurosurgeons, craniomaxillofacial surgeons and plastic surgeons at Penn State Hershey Medical Center on a larger bioprinting device for bigger animals. 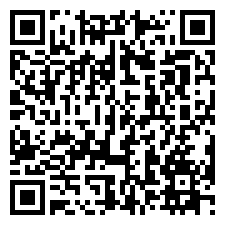