As discussed in the “Automation, Additive Manufacturing and the Factory of the Future” report from SmarTech Analysis, we’re seeing the 3D printing industry both used as a means of establishing factory automation and become more automated itself through new technological developments. Among the most important parts of the 3D printing workflow that can be automated for improved efficiency is post-processing, which is often made up of a laborious and costly series of tasks.

Among the players attempting to tackle this niche is the U.K.’s Additive Manufacturing Technologies (AMT), which has announced a partnership with Mitsubishi Electric. Together, the companies will further automate AMT’s PostPro 3D chemical vapor smoothing machine. Multiple parts made from the same materials and with the same requirements can be processed simultaneously. Surface roughness (glossy or matte finishes) can be selected and the information can be stored for process monitoring. After about 90 to 120 minutes, the parts are finished and ready to used, with the machine capable of automatically re-ordering consumables. According to AMT CEO Joseph Crabtree, this level of automation can substantially reduce part finishing, which account for 30-70% of the total manufacturing costs.

Now, with Mitsubishi Electric, users can integrate six-axis robotic arms that improve productivity further. The PostPro 3D is outfitted with power supply, switchgear, servo drives and motors, and FR-D700 frequency inverters from Mitsubishi. It can then be outfitted with Mitsubishi’s MELSEC iQ-F Series compact PLC, HMIs, SCADA or MELFA robotic arms to automatically place prints in or remove them from the PostPro 3D system.

“In order to expand and deliver our solution in the U.S., Europe and China we needed to build a system whose components are all accredited according to national governing regulations, such as UL and CE marking standards,” Crabtree said. “Mitsubishi Electric was the clear choice because it offers a one stop shop for state-of-the-art automation solutions. In this way, we can be sure that the different components are compatible and can share data. Overall, the company can offer us products that adhere to UL, CE as well as Industry 4.0 requirements.”

The Japanese manufacturing giant seems to be hemming away at the edges of the 3D printing industry, with various subsidiaries contributing here and there to additive manufacturing. This includes a new directed energy deposition (DED) line from Mitsubishi Heavy Industries and a “dot forming technology” DED technology from Mitsubishi Electric. The biggest action seems to be coming from Mitsubishi Chemical, which has developed 3D printing filaments, as well as invested in Freeform Injection Molding startup AddiFab.

Post-processing is a key sector for 3D printing, given the costs and labor already mentioned. However, there are only a handful of players focused entirely on this sector. In addition to AMT, there is PostProcess Technologies and DyeMansion. Others are focused entirely on automation specifically, such as AM-Flow, which will, of course, be essential to integrating 3D printing onto the factory floor. All of this, as discussed in the SmarTech report, will change the shape of 3D printing as we know it. 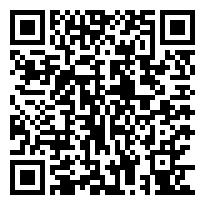