Simply named ‘The Bridge Project’, the initiative is being co-commissioned by Rijkswaterstaat (the Dutch Directorate-General for Public Works and Water Management), with contributions from designer Michiel van der Kley and the Eindhoven University of Technology. Although it will be constructed in Nijmegen, the bridge is currently being printed in the city of Eindhoven, where BAM and Weber’s 3D printing facility is located.

Once complete, the concrete structure will stand at a length of 29.5m (almost 97 feet), reportedly breaking the world record for the longest 3D printed bridge. According to CNN, the current record is held by Tsinghua University for its 86-foot concrete bridge in Shanghai. Ushering in a new wave of design

The employment of digital design in construction is expected to enable a new wave of novel building concepts, all while making the process more affordable and time-efficient. With most conventionally manufactured concrete structures requiring the use of formworks, van der Kley and Rijkswaterstaat sought a design that would be impossible without 3D printing in a bid to test the true potential of the technology. Conceived in the studio of van der Kley, the freeform bridge is intended to represent the future of 3D printing in the construction sector.

Naturally, the use of 3D printing also brings with it a new set of challenges, such as structural safety, accurate load analysis, and material suitability. To rationalize the initial design, the project’s structural engineers, Witteveen+Bos, commissioned Summum Engineering to create a parametric model of the bridge. The model conformed the original design to a set of structural constraints, segmented it based on printing specifications developed by the Eindhoven University of Technology, and generated an optimized internal geometry for the bridge.

This enabled the team to determine three different outputs. Firstly, the external surfaces of the structure, which were used as inputs for the 3D Autodesk Revit models; secondly, the internal and external meshes, which were used for finite element analysis calculations; and thirdly, the printing paths for the concrete 3D printers.

Following an initial test bridge which was 3D printed by the Eindhoven University of Technology, BAM and Weber Beamix are now in the process of erecting the final bridge in Nijmegen. The partners chose Nijmegen for the landmark project because it was named the Green Capital of Europe in 2018, falling in line with the bridge’s eco-friendly philosophy. The Nijmegen bridge has less than a month to go until completion, and Weber Beamix already has plans to 3D print four more bridges across the Netherlands. Although construction 3D printing has cropped up in all four corners of the world, such as in the U.S. with residential buildings and even Thailand with co-working spaces, the Europeans seem to be leading the charge in terms of sheer project numbers. The bridge being assembled in Nijmegen. Photo via The Bridge Project. 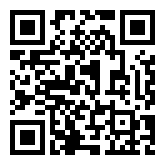