The concept of a 4K DLP projector is not a novel one, but the performance levels of existing systems on the market are often limited by their chipsets. In-Vision initially attempted to integrate these readily available chipsets into their own 4K test rigs, but observed a drastic drop in light intensity after just a few hundred hours of operation, along with an abundance of stuck pixels.

Phoenix is reportedly the first DLP projector to be based on Texas Instruments’ DLP670S chipset, which has already outperformed its consumer counterparts in an In-Vision field test. The light engine is capable of delivering up to 6.5W of output power, a figure the company claims is “remarkably higher” than similar UV projectors on the market. With a micromirror array size of 3840 x 2160 XRP and an image size of 195.84 x 122.4mm, the device is capable of projecting up to 8K images thanks to an integrated four-way actuator.

Christof Hieger, CTO at In-Vision, adds, “Our DLP projectors maintain a stable high intensity for more than 10,000 hours of operation, and they’re designed to avoid unusual damages to the DMD, so our customers can trust their reliability in the field. That’s why we waited for the industrial version of the chipset to launch our own version of the 4K projector for additive manufacturing.”

In-Vision, an Austria-based developer of high-precision optical devices, has launched its first 4K UV light projector for use with resin-based DLP 3D printers.

“We are constantly striving to improve the optics on our projectors, especially the light transmission, because the light intensity is very critical for our customers,” explains Florian Zangerl, CEO of In-Vision. “I have to admit that I’m proud of what we achieved with Phoenix.”

An option for the long run

Designed for long-term use, Phoenix aims to offer a competitive price point for its value. A set of pre-series units are currently undergoing testing at a customer facility, while the first serial units are expected to be available from May 2021 with a 385nm LED and a 76.5μm lens. A 405nm variant will be made available shortly after, and In-Vision is also offering custom lenses that can be designed and produced on-demand.

“Reliability is a key focus area for us,” concludes Zangerl. “Our projectors are a key component of 3D printers spread out in production facilities, labs and R&D departments around the globe. Our goal is to remove maintenance headaches for our customers: We make sure that our light engines provide the same light quality print after print over several years of operation, so our customers don’t have to worry about anything else than the regular LED replacement.”

With ongoing advancements in resin technology, the industrial DLP market is quickly becoming a lucrative one. Over the past few months, 3D printer OEM Stratasys has acquired Origin and RPS, two key manufacturers of large-format DLP 3D printers. The Origin deal, worth $100 million in cash and stock, could provide Stratasys with annual revenue rises of $200 million by 2026, strengthening its position in the medical and industrial sectors. 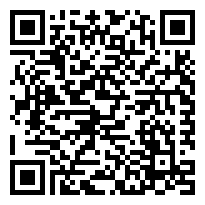