How to modify PVC plastic and what are its uses?

PVC plastics can be modified by copolymerization, grafting reaction and chlorination, and other three chemical modification methods; in addition, its uses include polyvinyl chloride profile, polyvinyl chloride film, PVC general soft products, PVC hard materials and plates, etc. , The relevant content will be introduced in detail below. 1. Copolymerization modification: that is, let vinyl chloride monomer and other monomers undergo copolymerization reaction. For example, it can be copolymerized with monomers such as vinyl acetate, vinylidene chloride, acrylonitrile, acrylate, maleic anhydride, etc., to improve the molding processability, or reduce the molding temperature, or open up new uses, or appear as a new material.

2. Grafting reaction: Introduce another monomer group or another polymer on the side chain of PVC to carry out the grafting reaction. For example: ethylene-vinyl acetate is grafted with vinyl chloride to control the number of vinyl chloride grafted parts and the degree of polymerization, so as to improve the impact performance, low temperature brittleness, and aging resistance of this modified material.

3. Chlorination: The PVC is chlorinated by the aqueous phase suspension method (or gas phase method) to increase the chlorine content from 57% to about 65%. The purpose of this modification is to improve the heat resistance and use temperature of PVC. It is 35-40°C higher than the original PVC and is called chlorinated polyvinyl chloride (CPVC). The density of CPVC is higher than that of PVC, 1.7 g/cm3. Its flame retardancy is better than PVC, and its tensile strength is also better than PVC. The disadvantage is low impact strength. CPVC can be used to produce products by extrusion, injection, and calendering methods. CPVC can be used for pipes, plates, profiles, foaming materials, adhesives, coatings, modifiers, etc.

Second, the main use of PVC plastic

Profiles and profiles are the largest area of ​​PVC consumption in my country, accounting for about 25% of the total PVC consumption. They are mainly used to make doors and windows and energy-saving materials, and their applications are still increasing significantly across the country. In developed countries, the market share of plastic doors and windows is also the highest, for example, Germany is 50%, France is 56%, and the United States is 45%.

The consumption of PVC in the field of PVC film ranks third, accounting for about 10%. After PVC is mixed with additives and plasticized, a three-roll or four-roll calender is used to make a transparent or colored film with a specified thickness. The film is processed in this way to become a calendered film. It can also be cut and heat-sealed to process packaging bags, raincoats, tablecloths, curtains, inflatable toys, etc. The wide transparent film can be used for greenhouses, plastic greenhouses and mulch films. The biaxially stretched film has the characteristics of heat shrinkage and can be used for shrink packaging.

Stabilizers, lubricants and fillers are added to PVC. After mixing, the extruder can be used to extrude hard pipes, special-shaped pipes and corrugated pipes of various calibers, which can be used as sewer pipes, drinking water pipes, wire casings or staircase handrails. . The calendered sheets are overlapped and hot pressed to make hard plates of various thicknesses. The plate can be cut into the required shape, and then welded with hot air with PVC welding rod to form various chemical resistant storage tanks, air ducts and containers.

The extruder can be used to squeeze into hoses, cables, wires, etc.; the injection molding machine can be used with various molds to make plastic sandals, shoe soles, slippers, toys, auto parts, etc.

Polyvinyl chloride products are mainly used for packaging in various containers, films and rigid sheets. PVC containers mainly produce bottles of mineral water, beverages, and cosmetics, as well as packaging for refined oil. PVC film can be used to co-extrude with other polymers to produce low-cost laminates and transparent products with good barrier properties. Polyvinyl chloride film can also be used for stretch or heat shrink packaging for packaging mattresses, cloth, toys and industrial goods.

Share：
Previous What are the processing techniques and applications of PS plastics?
Next What are the molding characteristics of pp plastic and what are the disadvantages?
Back to list 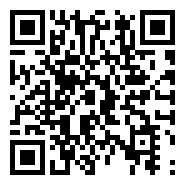