Most of the heat treatment process is a periodic operation, which is a collective operation. Therefore, there are unclear work boundaries in the heat treatment process. For example, the quenching of a batch of parts may be completed in two shifts, and the quenching and tempering are often completed in two shifts. In addition, the quality of the operators is uneven, and the management measures are small and complete. Quality problems often occur in the process. After a problem occurs, analyzing the problem and finding the cause is not only time-consuming, laborious, and sometimes even unable to find the real cause.
The following summarizes some of the ideas and methods that have been used to solve problems in the production site for many years to provide readers with some useful references.
1. Low hardness of carburized and quenched gears
A batch of more than 800 gears that were carburized and quenched in the Unicase drip-jet gas carburizing and nitriding furnace (Japan) requires a surface hardness of 58-63HRC after carburizing and quenching, and the surface hardness of the parts is 52-56HRC during random inspection. This is a carburizing problem or a quenching problem; whether quenching is a heating problem or a cooling problem, it is difficult to draw conclusions at the moment. Due to the urgent production task of this batch of gears, the author took 3 of the tested gears and bundled them with iron wire, reheated in a salt bath furnace, and quenched and cooled in an oil bath. After about 30-40 minutes, the final quenching hardness was 63-65HRC. . After reheating and quenching this batch of gears, all the hardnesses are qualified. This method of cutting the mess with a sharp knife may not necessarily be able to find the real cause of the problem, but it has solved the urgent production problems.
2. Bar quenching crack
A batch of φ14mm×240mm 40Cr material was buried in the quenched and tempered place. It took about a week (during use) to find almost all cracks. The shape of the cracks was a single longitudinal crack, and most of the cracks penetrated both ends of the bar. Based on this, the crack was judged to be a quenched crack, but the operator on duty did not admit it. Checking the operation records, it can only be found that the batch of bars is quenched in the second shift and tempered in the third shift, while the process parameters such as the parts materials, the quenching temperature and the cooling medium are not recorded. The author took a bar and 45 steel joints and heated it in a salt bath furnace, and then quenched and cooled in salt water. After cooling, the bar cracked and the shape of the crack was the same as the above-mentioned crack. In the face of facts, the operator admitted that the batch of bars was mistakenly treated as 45 steel for quenching.
3. Box-type resistance furnace annealing hardness is uneven
The shaft rod material of the vane pump produced by our company is 38CrMoAlA. The process route is: annealing → band saw cutting → rough turning → quenching and tempering → fine turning → grinding → nitriding. When cutting the band saw, it is often found that the hardness on a bar is uneven, the local hardness is high, the cutting efficiency is low, and the saw blade wears quickly. After analysis, it is due to the length of the bar or the front of the bar when loading the furnace. The box-type resistance furnace has no heating resistance wire at the furnace mouth, and the heat loss is large. Therefore, for the general box-type resistance furnace, the parts should be 200-300mm away from the inner side of the furnace mouth when the furnace is installed, so as to ensure the uniform heating temperature of the furnace parts.
4. Cast iron quenching should control trace alloying elements
Cast iron conducts heat. Poor performance, oil cooling is generally used for quenching and cooling. The matrix of cast iron is the same as steel, and it is also composed of pearlite and ferrite. Cast iron has a high carbon content. Although the increase in carbon content can increase the hardenability, the increase is not large after all. Therefore, to improve the hardenability of cast iron parts: rely on the effect of trace alloy elements in cast iron to control the content of alloy elements in order to ensure the quality of heat treatment and quenching.
The stator of the vane pump produced by our company is made of wear-resistant alloy cast iron. The hot spot hardness is required to be 50～56HRC. Because the content of alloy elements such as Cr, Mo, Mn and Sn in the casting is not well controlled, the hardness after heat treatment and quenching is uneven. Phenomenon such as low level occurs from time to time. It has been suggested that the low hardness after quenching is due to the low proportion of pearlite in the as-cast matrix structure of the casting, and it is required to increase the normalizing process before quenching. The test shows that the hardness of the casting is still low after being normalized and then quenched. In fact, under the same casting conditions, the proportion of pearlite in the as-cast matrix structure of the casting is related to the content of the trace alloying elements.
5 Conclusion
Many problems in the process are actually caused by lax process control and chaotic production management. Although the article puts forward some ideas and methods to solve the problem, the author thinks it over and over, and always feels that it is not the best strategy.

Share：
Previous: Chemical surface treatment
Next: Solve the problem of reaming and chip breaking of acid-resistant stainless steel
Back 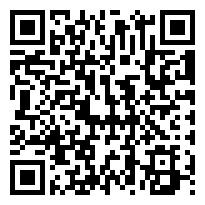