In 2018, ICON showcased the US’s first permitted 3D printed house, a joint project with social housing nonprofit New Story. A year later, the company printed a community of tiny houses in Mexico. And last year, they announced that they were building six tiny houses in Austin’s Community First! Village, a community of affordable homes for adults coming out of chronic homelessness. Now, GreenMatters reports that the community has its first member.

Shea moved into the first of the six homes back in September, a 400-square-foot “tiny home” that he rents for $300 a month.

“When I found out I’d be the first person in America to move into a 3D-printed home, I thought it was pretty awesome,” Shea said.

Shea’s new home was built with the ICON Vulcan II printer, a concrete printer capable of printing walls up to 8.5 feet tall on foundations up to 28 feet wide. The Vulcan prints in Lavacrete, ICON’s proprietary concrete mix, with a compressive strength of 6,000 psi. ICON has made headlines in the last year announcing their first “mainstream” housing development in Austin, and by completing a $35 million dollar funding round last year. But, according to the company, their ultimate goal is tackling homelessness with small homes that can be printed in 48 hours and cost as little as $10,000.

ICON’s project is an example of the “housing first” approach to chronic homelessness. While “housing ready” approaches put homeless people in shelters and halfway houses until they’re deemed “ready” for more permanent housing, a housing first approach focuses on getting people in houses. Studies show that simply housing homeless people is less expensive than continually sending them through the courts and healthcare systems; a 2017 RAND study of LA County’s Housing for Health program showed that the county saved 20 percent by housing people with complex mental health problems.

Of course, 3D printing homes isn’t a cure-all for homelessness. Social housing experts say that the housing crisis is caused by treating housing as a commodity, not a simple lack of buildings. Still, projects like ICON’s development can make a serious difference in individual people’s lives.

For Tim, having a home and a community around him has made a huge difference.

“Everything I do is just the opposite, and I have many activities to do every day with others,” he said. “If you’ve been on both sides of the fence, you know some people just need a little encouragement and support.” 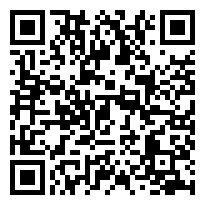