The mobile container will be in operation at the BusWorld Home (BWH) service center in Hamburg, and can be transported by truck to any location requiring only electricity and an internet connection to operate.

“Thanks to the mobile 3D printing centre, we can exploit the advantages of 3D printing to a greater extent and further increase the speed at which we supply spare parts,” said Bernd Mack, Head of Customer Services & Parts at Daimler Buses. “Decentralised production of parts as required avoids warehousing costs and reduces transportation routes.

“THUS, 3D PRINTING NOT ONLY ALLOWS US TO REACT FAST, FLEXIBLY AND ECONOMICALLY TO CUSTOMER REQUIREMENTS BUT TO ALSO IMPROVE OUR ECOLOGICAL FOOTPRINT FOR THE PRODUCTION OF SPARE PARTS.” In 2019, the company announced a partnership with Swiss SLS 3D printer manufacturer Sintratec to install an S2 3D printer at its EvoBus production site in Neu-Ulm. With the addition of the new printer, the EvoBus subsidiary brought 3D printing in-house, reducing service and logistical costs.

The company also completed its Next Generation Additive Manufacturing (NextGenAM) project with industry partners EOS and Premium AREOTEC, which focused on the production of aluminum parts for automotive and aerospace applications. The pilot container spans twelve by three meters and is designed to provide bus customers with spare parts more quickly. Housed at the BWH service center, which already offers a range of services for Mercedez-Benz and Setra Buses, the container will enable the center to quickly produce 3D printed spare parts in-house.

The container is equipped with an industrial 3D printer enabling Daimler to produce series-production quality parts. The parts are additively manufactured with high-quality polyamide and meet the company’s production standards for injection-molding and deep drawn parts.

In addition to the 3D printer, within the container is a CAD workstation and a processing station where powder is prepared and parts are freed from residue powder in the final stage of the process. In an adjacent room there is a blasting system, which smooths the surface of components, as well as an air compressor. The container is also equipped with an industrial vacuum cleaner, an air filter, and an air conditioning system.

BWH Hamburg’s expertise in painting means that the 3D printed parts can be refined directly according to customer requirements, and as such, Daimler Buses is setting up a further production facility for 3D printed spare parts at the center.

According to Daimler, in the future bus customers will be able to purchase 3D printing licenses via the Omniplus On portal and then have the corresponding parts produced through a certified 3D printing center. 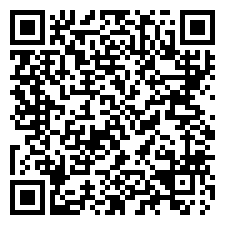