Briefly describe the development history of CNC lathe parts
CNC lathes are generally controlled by general-purpose or special-purpose computers. Therefore, CNC is also called Computerized Numerical Control, or CNC for short. It is generally called CNC abroad. The concept of NC is rarely used anymore. The control is usually the position, angle, speed and other mechanical variables and the switching variables related to the flow of mechanical energy. The generation of numerical control relies on the emergence of data carriers and binary data operations. In 1908, the perforated metal sheet interchangeable data carrier came out ; At the end of the 19th century, a control system with paper as a data carrier and auxiliary functions was invented; in 1938, Shannon conducted rapid data calculation and transmission at the Massachusetts Institute of Technology in the United States, laying the foundation for modern computers, including computer digital control systems. Numerical control technology is developed in close combination with machine tool control.

In 1952, the first CNC machine tool came out, which became an epoch-making event in the history of the world machinery industry and promoted the development of automation.

Numerical control technology is also called Computerized Numerical Control (CNC, Computerized Numerical Control), which is a technology that uses computers to realize digital program control. This technology uses a computer to execute the sequential logic control function of the movement track of the device and the operation of the peripherals according to the control program stored in advance. Because the computer is used to replace the original numerical control device composed of hardware logic circuits, the storage, processing, calculation, and logic judgment of input operation instructions can be realized by computer software, and the microscopic instructions generated by the processing can be transmitted to The servo drive device drives the motor or hydraulic actuator to drive the equipment to run.

Traditional mechanical processing is performed by manual operation of ordinary machine tools. During processing, the mechanical tool is shaken by hand to cut metal, and the accuracy of the product is measured by the eye with tools such as calipers. Modern industry has already used computer digitally controlled machine tools for operations. CNC machine tools can automatically process any products and parts directly in accordance with the procedures programmed by technicians in advance. This is what we call CNC machining. Numerical control processing is widely used in any field of all mechanical processing, and it is the development trend and important and necessary technical means of mold processing.

Since the advent of CNC lathes in the 1950s, due to the use of CNC lathes to process complex-shaped parts in single-piece production and small batch production, it has not only improved labor productivity and processing quality, but also shortened the production preparation cycle and reduced the skill of workers. Proficiency requirements. Therefore, it has become an important development direction for realizing technological innovation and technological revolution in single-piece, small-batch production. Countries all over the world are also vigorously developing this new technology.

We know that for mass-produced parts, the use of automated and semi-automated lathes can already automate the production process. However, for single-piece, small-batch production parts, achieving automation has always been a problem. For a long period of time in the past, it has always been unable to solve it satisfactorily. Especially for parts with complex shapes and high precision requirements, they have been at a standstill on the road to automation. Although some applications of profiling devices have solved part of it, practice has proved that profiling lathes still cannot completely solve this problem.

The emergence of CNC lathes (machine tools) has opened up a broad way to fundamentally solve this problem, so it has become an important development direction in mechanical processing. 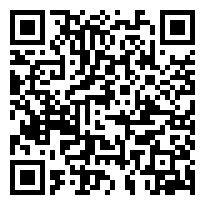