Manufactured using Carbon’s digital light synthesis (DLS) 3D printing technology, the 4DFWD will be worn by athletes at this year’s Olympic Games in Tokyo before becoming available to consumers around the world from August 12th.

The midsole reportedly delivers running economy comparable to that of adidas’ Ultraboost midsoles, reducing peak braking force experienced during running by an average of 15 percent.

Carbon and adidas’ partnership first came to light in April 2017 with the development of the Futurecraft 4D range using Carbon’s CLIP 3D printing technology. The partners were able to develop intricate lattice midsoles capable of accounting for the movement, cushioning, stability, and comfort needs of the wearer.

After an initial batch of 300 pairs of Futurecraft 4D running shoes were released, a further 5,000 were made available later in the year, with second-hand prices exceeding $20,000.

Most recently, Carbon and adidas’ partnership saw the launch of what they described as the “ultimate” 3D printed running shoe, the Futurecraft ‘STRUNG’. Reportedly, an “industry-first” textile printing process was used in the manufacture of the shoe, which featured the latest Futurecraft insoles from Carbon. A combination of software and robotics enabled each thread to be precisely placed in order to model the footwear to the exact contours of an individual runner’s foot. The latest development in adidas and Carbon’s partnership comes hot on the heels of the launch of Carbon’s Design Engine software, which enables engineers to quickly and easily design products on the fly with access to new materials, manufacturing capabilities, and greater design freedom.

Carbon’s lattice technology was deployed for the development of the 4DFWD midsole, with the bowtie-shaped FWD CELL identified from one of five million possible lattice structures. The FWD CELL is made of 39 percent bio-based material and has been specifically coded to compress forward upon vertical impact.

In comparison to previous generations of adidas’ 4D midsole, the 4DFWD generates three times as much forward motion under vertical loading in mechanical testing conditions. This enables peak braking force experienced by the wearer during running to be reduced by 15 percent on average, as the midsole redirects the vertical impact forces into horizontal forward motion.

As such, the 4DFWD reportedly delivers running economy comparable to that of adidas’ Ultraboost midsoles under lab conditions.

The 4DFWD will be used in shoes worn by Olympic athletes competing in this year’s Olympic Games in Tokyo, and will be made available to consumers around the world from August 12th. The 4DFWD will be available in a core black and solar red colorway with the shoe retailing at €200.

The 4DFWD generates three times as much forward motion under vertical loading than previous 4D midsoles from adidas. Photo via adidas. 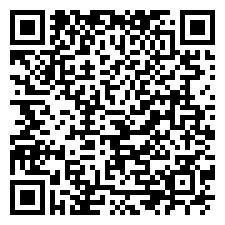